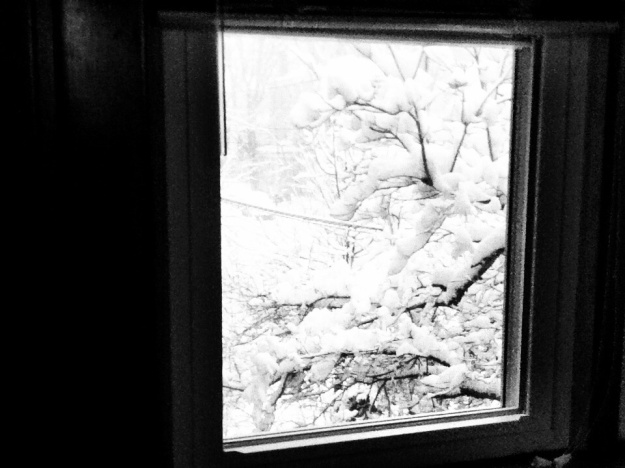 I just joined a thirty-day blogging course offered by WordPress, with the idea to learn something new about blogging.  I started back in January, 2010, not knowing much.  I thought I would post non-personal observations about, say, food, gardening, and books.  the first posts were erratic, but I have since settled into a twice-monthly format.  The blog has become more personal, to the extent a friend once asked me about an event, but commented she would probably read about here.  Of course this gave me pause.  Do I blog instead of calling, instead of writing a letter? Is a blog really an essay or a year round holiday letter? And should I not be seeking to publish this stuff, if any of it is interesting? Isn’t that what I do–write professionally?

I am an Indian immigrant who learned English in kindergarten in St. Louis, and took to writing because I liked listening to and telling stories.  My grade school teachers encourage me, even if I took things literally ( asked to write another story “just like this” In second grade, I went home, and copied my story in neater script.) My sixth grade teacher gave me discipline with deadlines, as she required a story every week.  I knew I wanted to major in English Literature in high school, dropped Drivers Ed in favor of Mythology.  At Vassar, after an intriguing year in India studying Fine Arts, I went back to English Lit.  A teacher at entered my work for a selective course in Narrative Writing, and I realized The New Yorker not only published reviews by Pauline Kael but also short stories.  I started my first novel in graduate school, and finished it three years later  in Provincetown. I did not learn to drive until I was thirty, but I had a publishing contract at twenty-seven.

Okay, that does make me proud, even if I dropped the ball on a promising career, and did not publish again until seven years had passed.  Another sixteen years would pass before my latest.  So what do I see ahead of me? More teaching, more writing.  Maybe a lessening of procrastination and doubt.  Maybe less silent comparison to this writer or that writer.  In my personal life, I have remained single for a long time, and I suspect that status will continue, though I have become a pet guardian. I will continue to make food, try to return to yoga, eat more vegetables.  I would like to make soup.  Eat more pickled things.  (Here is Mark Bittman on the subject of eating healthier.)

I hope I continue to have good people in my life.

This is the view across the street from Buvette, a cafe on Grove Street in the Village. It is a romantic view, especially that winter afternoon earlier this month as I drank a perfect cappuccino and waited for a friend. There is something about a cafe in a city when I am travelling that cleans my slate. It is as if I can step away from my placid life and be someone capable of anything, making a meaningful life out of art and life. I am so comfortable turning in at ten, or even earlier, after a day of teaching or puttering about, cleaning, making plans for the future, that I wonder at myself. I subscribe to Vogue, yet dress like Walter Mitty.

Can one make a dramatic turn in a life, or is one doomed to remain who one has become? Can I dress in bolder colors, wear beads and gems? Live in the present, a friend implored, and though my work involves sketching the past and the might-have-beens, I want to take this good advice to heart. What do I have right now? The sound of my brother on the phone with a friend from his college days; the kitchen smells of my mother and niece making pancakes, the voices of my sister-in-law and father conversing, and me, at the dining table, a stretch of space, a clean slate, goosebumps.

The new book will be a continuation, beginning again with news of a pregnancy. I have created a storyboard on Pinterest. It is about gardens, color, women and dreams. It is a kettle of water placed on a flame. Soon, I will pour a cup.