Amid the real suffering, and the insidious politics, the nervous fear some have of not knowing the end day, there is the ordinary day to day life of someone like me who still believes this is a situation that will only get worse, who is enraged by the racism arising from naming the virus as particular to an Asian country, but who is also, so far, darn lucky.

My problems are minor. If you live in a remote area, tend to be a loner, keep company with your work, books, cats, then social-distancing should not be a problem.  Yet all the things that make a life pleasant –the runs to a cafe for coffee and companionship, the excitement of the transformation of a sleepy town to full-blown cultural candy store as the season comes round again, the pottering about in garden centers to see what is available, and how things are growing, the daydreaming that lets the imagination take flight via airline websites and possible flights, the concerts and plays one had planned ahead with tickets already bought, the room for spontaneity in a movie run, a dinner with friends–all of that is now in the past.

So I’ve been writing, teasing a plot of nonsense, and I’ve been reading.  Book after book I download onto my iPad, overcoming my distate of electronic reading, my appetite limitless.  I am saving Hilary Mantel’s latest, waiting until I reach a point of exasperation, so I can remember, but wait, there’s still Cromwell’s end to come. I watch Jane Austen adaptations, akin to a comparative study, and Gardener’s World, both providing ample comfort.

And yes, I wonder if a stray cough is more than what it is, a stray cough brought on by dry inside air. And yes, I am on social media far more than necessary. And yes, I woke at four am for no reason. But right now, as I type these words, a Bach cello concerto is being played by Yo Yo Ma over the airwaves.  Read that sentence again. Is that not itself is a miracle? 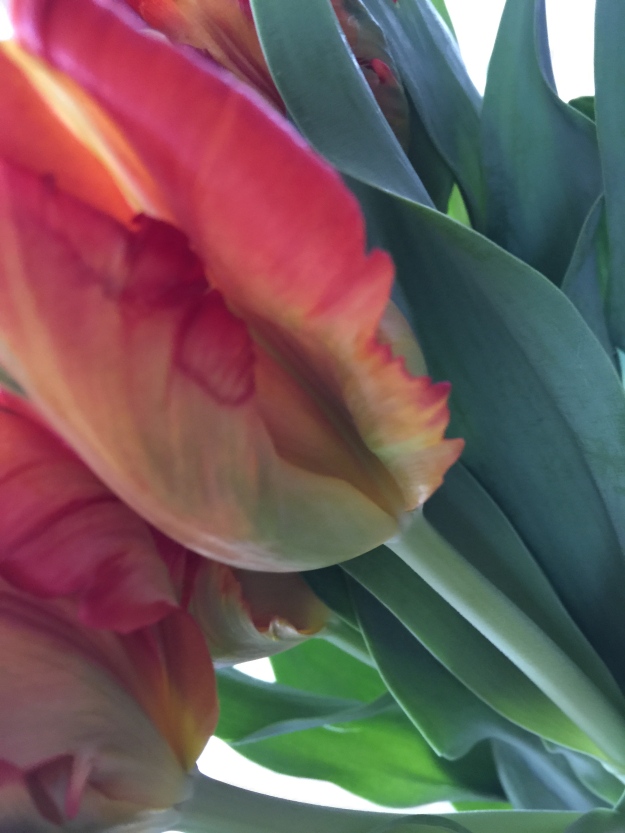 Published in the year of his death from cancer, Henning Mankell’s After the Fire is a slow examination of a seventy-year-old’s confrontation with solitude and loss.  The protagonist, a retired doctor,  lives in a archipelago being visited by an arsonist, and we begin at the site of the first fire. Finding the arsonist is relegated to the background, as what it means to live in a community where trust is replaced by wariness is explored, even as death and old age is the larger specter in the forefront.  Yet this is an optimistic novel, where friendship and family, however distant, is embraced, sometimes gingerly, sometimes with affection.

This was the one of the last books I read before I broke my wrist, but not the last book I’ve read since.  There was a fatalistic stoicism in the narrative that strikes me deeper as  I now try to fill my days with no-impact activity.  Thus constrained to cat care, lackluster weeding, a great deal of sighing, a fascination of one-handed bottle opening techniques, elevating my arm on pillows, watching repeats of mysteries, instagram, I am reading with an awareness that my situation could have been worse.  The Great Believers by the quite brilliant Rebecca Makkai, a Claire Messud novel, Elif Safak‘s Forty Rules of Love,and a wonderful novel by Caitlin Macy called Mrs. Now, biding my time, easing insomnia, I am romping through Kevin Kwan‘s Crazy Rich Asians, which will become a film*. it has an all-Asian cast, for it is story about Asians.  Apparently, one filmperson wanted the heroine to be re-cast white, but no.  She will be a wary non-rich, non-crazy Asian woman portrayed by an Asian.

Sometimes  the fates shift the balance.

*the book is different than what the film preview shows, from dialogue to fashion, alas.

A few days ago, I was driving to work, passing the beautiful flats near where I live.  The stretch of sand and water always presents a view worth seeing, so I add an extra five minutes on my commute to drive past.  Two herons were in flight.  And later in the day, two swans.  Of course, I wondered at the meaning.  Had it to do with my parents, my mother and my father? My father had passed away so unexpectedly last year.  Immediately, I worried for my mother, and later that day, managed to call her instead of doing other things, and had a long conversation.

Maybe it was just a day I was lucky enough to observe two extraordinary events, the flight in pairs of rarely sighted birds.  These are the moments that bring us out of ourselves, to see exactly what is in front of us, mouths open, mind stopped.  Of course, the mind hasn’t stopped.  It is processing the wonder* of the moment, for at long as it lasts, and then in retrospect.   I had meant to write about the two flights that evening, but I put it off.  Now, I can conjure only the bellies, I think, of the swans as they passed, but even that seems a dream, something I imagined.

Jorie Graham once told a class I was taking that when we are stopped in our tracks by nature, I think she used the word nature, though now, i am not so sure, as it was some thirty years ago, that when we are stopped like that, poetry occurs.  Poetry is then the moment when the heart nearly stops, gasping with surprising at the splendour in front of one’s eyes.  When I lived in Sag Harbor, I had a practice of sitting out on my deck and writing a short something in the form of verse every morning.  Recently, I went back to Long Island to hear two extraordinarily talented women speak about translation and copy editing. One was Ann Goldstein who translated the works of, among many others, Elena Ferrante, and the other was her cooleague (yeah) at The New Yorker, copy editor Mary Norris who wrote  Between You And I: Adventures of a Comma Queen.

Intimations of winter arrive in the early dawn almost like couplets, small short somethings, even as fall is yet to reveal her full beauty.

*( Speaking of wonder, anthropologist Tulsi Srinivas, at the Radcliffe Institute, has a forthcoming book I am looking forward to called Worlds of Wonder: Ritual Creativity and Ethical Life in Bangalore.)