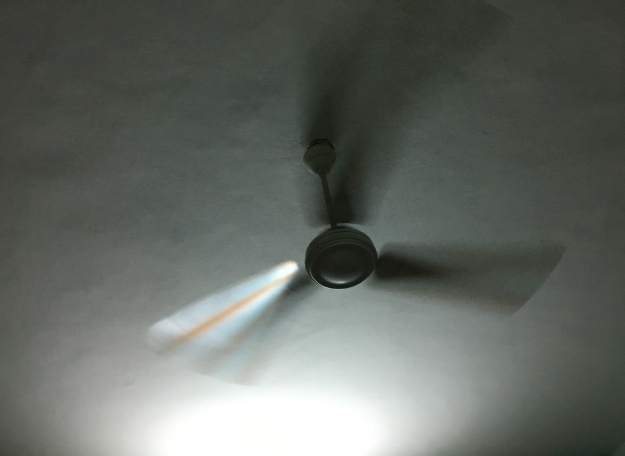 This time in my aunt’s house, in Chennai.  Can time be measured in circling ceiling fans, beating back the heat?  In the afternoons, perhaps, but mornings, papers rustle, the breeze cool.  It’s been almost ten years since I’ve been here last.  The family has gotten smaller, and grief leaks.  My father; my uncle.  Meals are served, the rustling papers read.  Outrage over the news.  Could not a million be spent than in the personal acquisition of Princess Diana’s private letters?  Imagine if that money was given to produce a play based on the letters instead.  The best line I’ve recently read is in Interred with Their Bones, a novel by Jennifer Lee Carrell:  “If you must choose a church, go to the theater.”

Yes, in India, musing about the royals, reading about Shakespeare, under a circling ceiling fan.  Outside, the air is thick with the noise of traffic, worship, capitalism. The indifferent cows only come out at night.

1 thought on “Another circle, another fan”