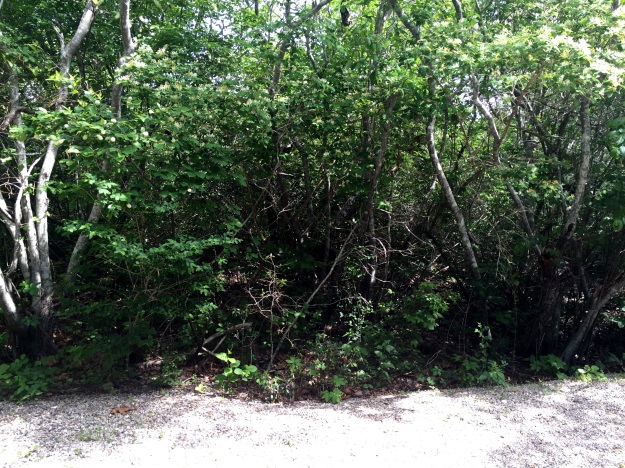 What it sort of looked like, though it isn’t mine. 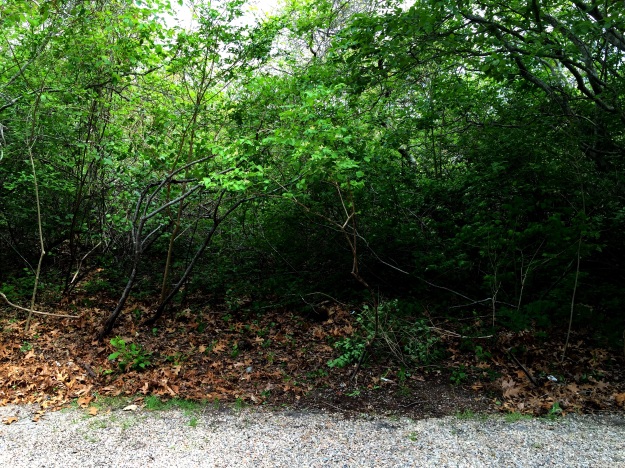 My summer project, aka Avoiding the Revision, is clearing some brush out back.  Full of creepers, vines, and Poison ivy, I have been donning long sleeves and gloves, and applying a newly acquired set of lopers to the woods.  I now understand how the pioneers must have felt felling trees to create homesteads.  The sound of the lopers cutting through branches and roots is chillingly satisfying.  I barely made a dent, despite filling a garbage bin half-dozen times to lug to the compost pile.  Still, when I raked a narrow edge in the woods to reveal leaf mold and dirt, I was thrilled.  There is  now a small, liberated wild honeysuckle tree.  The thorny vines that were not roses that were never to be roses, are cut and release their grasp on the flowering trees.

I envision native plants: trilliums, mallow, maybe woodland bulbs.  What I’d like  to is create a small oasis for the eyes, hang trailing flowers from the dead tree limbs, scatter bluebells and lily of the valley at ground level.  A hammock and a book could be very nice. Why, one could even revise there.