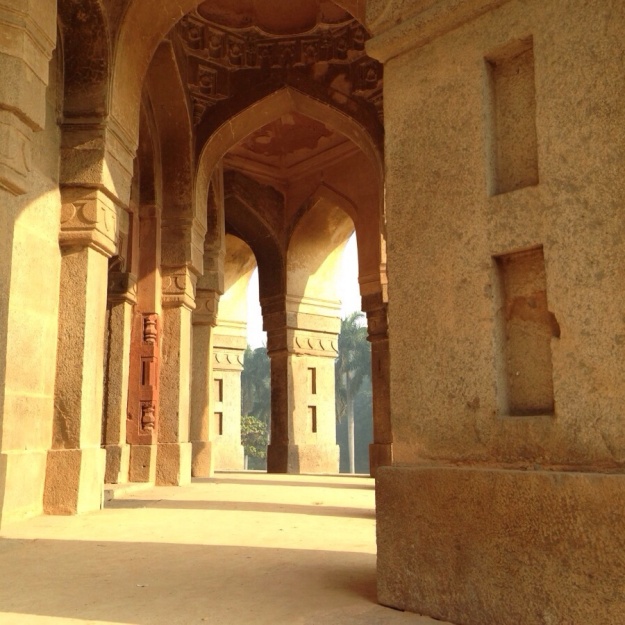 When I first returned from my seven-day India trip, my head was full of the voices of my relatives.  I could hear my cousins, my aunties, creating a joyful dialogue that kept me company when I crossed my apartment’s threshold.  I had been up since Sunday morning, India time; I returned early Tuesday morning, India time.  A good sixty hours without sleep, aside from a few naps.  Loneliness arrived in full blast, and I missed being in India, drinking filter coffee; talking with my cousins, seeing the sights.  I discovered on coming home that my grandfather had been the chief civil engineer of the very hotel I had stayed in for a few days.  I took an early morning walk around the ninety-three acre Lodi Gardens, covering about a mile at most. 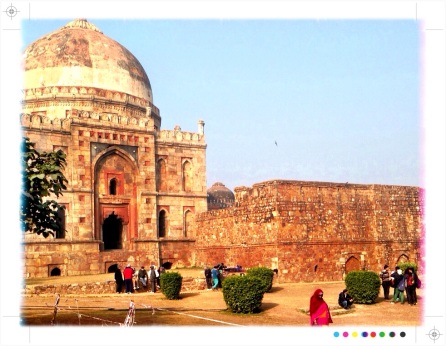 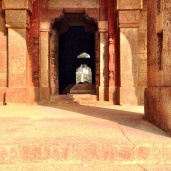 From New Delhi, I traveled to Bangalore, and then onto Mysore.  At Mysore, we visited the Kesheva Temple at Sonamathapur, a non-functioning temple built in 1268. Thieves, the guide told us, were so disappointed at the lack of treasure that they broke the noses of nearly all the statues.  What remains is an artifact of immense workmanship. 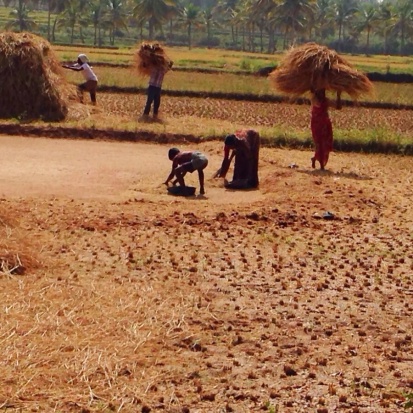 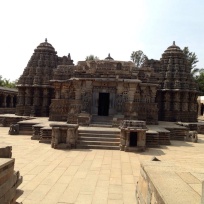 Indira Ganesan, Kesheva: Through the Doorway, 2014

The Mysore Palace was next, a palace more sumptuous than i had imagined.  The moon was near full, but only on Sundays is the palace lit.  It was shimmery nevertheless. 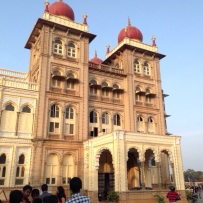 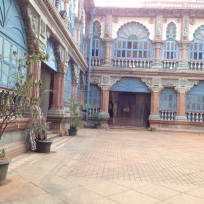 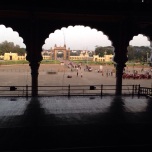 Indira Ganesan, Mysore Palace Inside Out, 2014 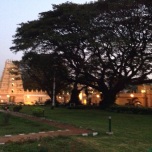 Indira Ganesan, Outside with Tree, 2014

It has been a week already.  My words cannot enclose my experience there, but this is a glimpse, an excursion provided by family and friends.

3 thoughts on “India: Some Sites Seen”