“A human comedy set against the Hindu cosmology, The Journey manages to be earthy and naïve, droll and sweetly sad, all at the same time.” -Mark Dery, The New York Times (1990)

After a decade in a suburban American world of shopping malls and fast-food restaurants, sisters Renu and Manx return to their childhood home, the island of Pi. A bit of India “torn free to float in the Bay of Bengal,” its alien and yet strangely familiar landscape is defined by gardens and hillsides ablaze with surreal foliage, and ceiling fans that circle endlessly in the background. The sisters and their mother have returned because cousin Rajesh, always affectionately known as Renu’s twin, has died. His death and their return mark the beginning of a curious journey, leading by unexpected routes toward revelation.(from Beacon Press)

“Beautifully written. . . . Ganesan has given us a poignant yet vibrant account of a young girl’s search for self within two very different cultures.” –Kirkus Reviews (1990)

“In a nation of immigrants, the story of arrival and adjustment is a perennial fictional favorite. Fewer writers address going home again, but Ganesan’s delicately constructed first novel originally published 11 years ago by Knopf and now out of print, but to be reissued (after Inheritance) just in time to take a turn under the Indian fiction spotlight does… Ganesan relates the complex stories of several striking characters and examines many of the ironies of cross-cultural life in the United States and especially back home on Pi. But this complexity comes at a cost. Despite her turmoil, Renu remains obscure, difficult to picture and understand, as do many of the other characters. Readers who need to know a character thoroughly to love a book will find this novel frustrating, but those interested in a subtle sometimes touching, sometimes comedic tale of our nomadic, crossbred lives will be happy it is now available in paperback.”-Publishers Weekly.  Reviewed on: 05/14/2001

“ Ganesan’s Pi has a dreamlike and magical quality, and the sense of being unmoored from time as well as inextricably bound to colonial forces (as Shakespeare’s Prospero took over the island) is significant for the characters and their lives.”—http://asianamlitfans.livejournal.com/159555.html 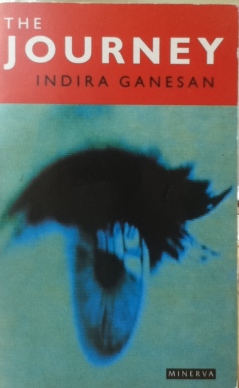